skip to main | skip to sidebar

This turned out to be one of my favorite shots from my last wedding. It was fun for a lot of reason, least of which is the final product, but mostly because of the extra work I put in to frame the shot. This was a typical situation where the bride gets ready before the wedding and then I am asked to come in and grab candid/getting ready shots. My favorite usually happens when everyone is admiring their handiwork in getting the bride into the dress...cameras out and documenting is always an added touch. In this particular room (it was a church daycare area so there are a lot of toys that I didn't want in the shot) there was a beautiful window along the entire wall, allowing light to seep into the room. I knew I wanted to use this in some way so I started with my back to the light and let that bathe my subject in a nice window glow. As you can see below, there are more shots that I took to get to the 'best' shot, but working my angles and constantly trying to make a better photo lead me into the back corner of the room that (in addition to me squatting) allowed the sun to hit my lens and draw your eye to the bride. 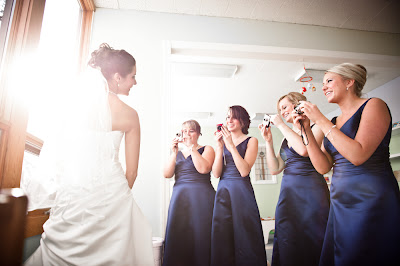 Yes there is a Golden Ratio here, yes there is a lot of post processing to remove the green in the back wall, and yes there is a great moment that I was intentional in getting...but the real magic of the image was when all those camera together with the intentionality in framing the shot to create one image.

Below are a couple of the other shots (I didn't want to show you all 15 though) that didn't make the cut.  Notice difference in exposure, color, post processing, and framing...but also how I interacted with the group and captured things different based on where they were and how I physically moved around. 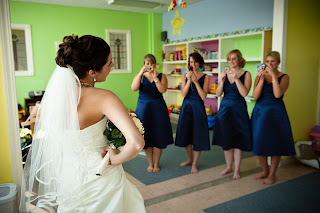 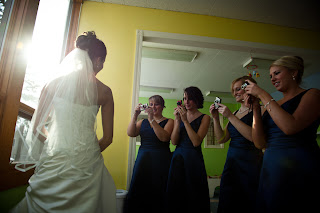 Labels: camera button friday, how to

great stuff as usual. This shot reminds me a lot of Trever Hoehne, You might enjoy his work. One of his halmarks is a really strong back light, usually the sun :)

Stories in a Moment

"Photographs are what happen when you and the subject meet, and you use a camera to describe the meeting...In the end, you get the picture - of both of you." - Freeman Patterson

I am Matt Kirk, a visual storyteller. This blog is dedicated to stories from both professional and personal assignments.

I find that taking only one lens out on walks can really be a lot of fun but choosing a lens often influences the images I want to get. Here is a true random number generator: arange your lenses in a pre determined order, set the MAX # as the number of lenses you own and Generate. Now go out and create stellar images with just that lens!!